Can Neurofeedback help with Brain Injury ?

In the same way that Neurofeedback can help with brain development issues that are present at birth, it can also help with what are called Acquired Brain Injuries (ABI), or deterioration in brain function over time, known as Neurodegeneration. These include Traumatic Brain Injuries (caused by a physical impact to the head), Non- traumatic Brain Injuries (e.g. strokes, ruptured brain aneurysm, chemical brain injury), and Alzheimer’s and Parkinson’s diseases. 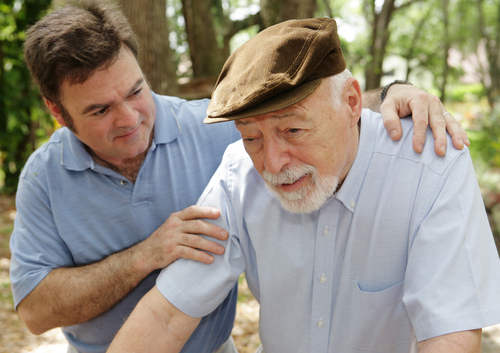 ‘Traumatic Brain Injury’ refers to brain injury caused by external force.  TBIs are often categorised as mild, moderate or severe; however these categories refer to how long consciousness was lost at the time of the injury, and don’t necessarily relate to the severity of the symptoms experienced afterwards. The external force either directly damages the brain by penetrating the skull, or rapid acceleration/deceleration and impact with the skull causes lesions (bruising) to the brain’s surface as it hits the uneven inner surface of the skull), or nerve cell fibres to be stretched, strained or torn; this damage may be microscopic but can still severely disrupt the regulation of the brain, and therefore impact brain function or behaviour. Even so-called mild TBI can result in debilitating ‘post concussion syndrome’ symptoms including depression, ADHD-like symptoms, headaches, anxiety, fatigue, irritability, temper outbursts and aggression, memory problems, sleep disorders and sexual dysfunction, depending on which part of the brain was damaged. Neurofeedback cannot repair physical damage to the brain’s physical structure, but it can use neuroplasticity to exercise and develop new neural pathways and restore brain function. In the early stages after a traumatic brain injury, neurofeedback can be helpful with the head pain that is often experienced, as well as with nausea, irritability, mental confusion, and sleep difficulties. Over the longer term, neurofeedback can be helpful with energy level, vigilance, effort fatigue, cognitive dysfunction traceable to the injury, sensory hypersensitivity, and executive function. Eventually memory function should recover as well. Many of these symptoms are known to recover spontaneously, so how do we know that neurofeedback has helped and the recovery it not just part of the natural process ? It is known that the spontaneous recovery process plateaus out within about 18 months post- trauma. In actual clinical experience, most head-injured clients don’t find their way to a neurofeedback practice until years have passed since the trauma, so the symptoms are quite stable and the natural recovery process has run its course.

Margaret Ayers was one of the early neurofeedback practitioners to treat traumatic brain injury, treating hundreds of patients and achieving remarkable results particularly with recovery from coma in the 1980s. Dr. Jonathan Walker, a Dallas neurologist, observed significant improvement in 88% of a group of 26 patients with mild closed-head traumatic brain injury. Every one of them who had held a job prior to their injury was able to resume productive employment after neurofeedback. The average number of neurofeedback sessions was 19. These results were obtained with techniques that are now nearly ten years old and significant improvements in training methods have been made within the last decade. The result is that head injury symptoms showing themselves to be resistant to remediation may be targeted more specifically.

There are three aspects of stroke that NF can help with:

The normal order in which to tackle these is first the diffuse symptoms, then psychological impacts, and then the specific loss of function. Regaining lost function is understood as a two stage process:

In developing a training plan for stroke recovery, we would want to understand how the client was before the stroke, for example if they were a hard-driving individual with high blood pressure we would focus on the right-side for physical and emotional calming. If the a left brain stroke had caused loss of language and right side physical strength we would train both left and right sides.

What is the evidence for Neurofeedback’s efficacy for Brain Injury ?

Margaret Ayers was one of the early pioneers to apply Neurofeedback to brain injury and become well know for assisting coma victims to recover. One of her case study collections published in Head Injury Frontiers, describes 250 cases of closed head brain injury she treated. Some of the peer-reviewed studies that have been published on Neurofeedback’s ability to help brain injury are listed below:

Call us today to discuss how Neurofeedback could help your recovery from brain injury. Your initial consultation is free and you are under no pressure or obligation to proceed.